Pre-heat the oven to 190 degrees celsius. Sift together all dry ingredients in a large bowl and store in the freezer for 20 minutes.

Dice the butter in semi large dice of 1cm and place in the freezer. Avoid to freeze them too solid - it is recommended to reach a semi hard frozen state before usage.

In a mixer or large blender - combine the chilled dry ingredients with the butter cubes and mix until the mixture resembles course “sand” with smaller 0,5 cm butter “cubes” still visible in the dough.

Mix the cream, the egg and vanilla, and mix this into the still cold butter mixture - mix shortly until just combined. Avoid over mixing.

On a clear work surface dusted lightly with flour - fold the dough over it self 5 to 7 times and shape into chosen form.

Cut or mould and place on prepared oven proof pan. Brush the tops with some cream and drizzle some brown sugar on top  - this allow browning and adds some crunch.

Bake for 15 to 18 minutes until a toothpick inserted in the center comes out clean.

Cool in moulds for some time, de-mould and cool on a rack. 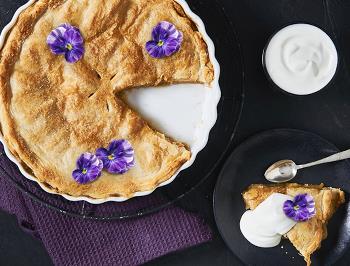 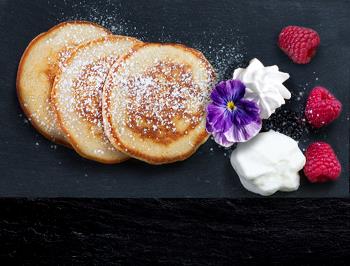 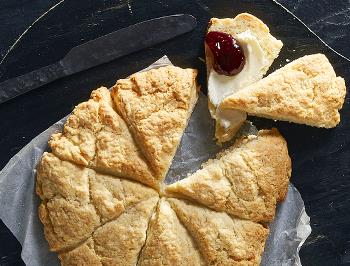